What is Emotional Abuse?

Today many psychological terms are tossed about, some carelessly. For example, we hear friends say “Oh I’m just ADD,” as an explanation for their forgetfulness, or “It’s my ODD.,” when they are trying to keep things more orderly. Of course, there is no real harm meant by these offhand comments – what’s more, we quickly understand what our friend is conveying.
A term that has come into more common use within the past ten years is ’emotional abuse.’ It can be used carelessly, and when it is used without understanding, it is a disservice to the person who is being accused of the abuse. So, let’s clear up what emotional abuse is – and is not. 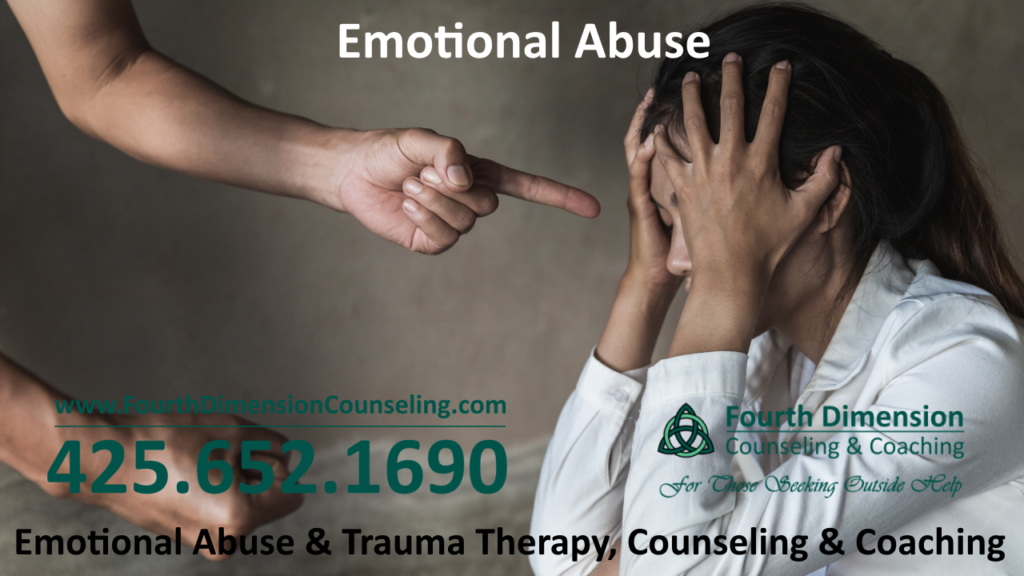 Emotional abuse is defined as “Any pattern of behavior directed at one individual by another which promotes in them a destructive sense of fear, obligation or guilt” by FOG (2013).
First let’s differentiate normal angry reactions from emotional abuse. When a friend or partner becomes genuinely angry at us for something we have purposefully or inadvertently done that has hurt them, their anger alone cannot be considered emotional abuse. When a boss becomes upset at our lack of performance on an important project, it is generally not considered emotional abuse when our boss becomes upset with us for missing the deadline. Even if a spouse blows up at us very occasionally when they feel misunderstood, we think twice before labeling their behavior as in any way abusive.
Clean, non-blaming anger is a normal part of life and relationships. When used well, it gives us a message about the fact that something is wrong with either ourselves or another that needs to be addressed constructively.
One of the saddest things about emotional abuse is how hidden, insidious and difficult it can be to even identify it. Too often, emotionally abused (EA) persons know only that they feel frightened of, anxious around or perpetually confused by their emotional abuser – living in a constant state of fight-flight or freeze emotionally. Many EA persons go for years not understanding why: 1.) They can never seem to please the other person, 2.) Why the other person is so angry or what exactly they are angry about, 3.) Why nothing they have tried has made any difference in how the other person negatively reacts to them.
Emotional abuse carries with it a feeling of walking on eggshells around another person and trying to second-guess what you can and cannot say so they will not be ‘set off’. It leaves its target person trying to determine how they can say something differently, maybe softer or less emotionally so it does not upset the other person. At times it just means that you hold your tongue and keep any observations, needs or desires strictly to yourself to keep the peace. It is exhausting, frustrating, immensely confusing, emotionally painful and it drains all peace, energy, hope and trust.
The victim of the EA often wonders what happened in a conversation they thought was harmless. They search their words, search the past minutes or hours to see if they said or did something offensive. They may spend untold amounts of time deciding how best to approach the other person when they have a request. The results of EA range from depression, anxiety, intense feelings of shame, fearfulness, low self-esteem, nervousness or feeling of jumpiness, feelings of isolation and hopelessness.
What is important to realize is that while not all anger is emotional abuse, emotional abuse is a serious, debilitating and dangerous situation. It always precedes physical abuse, but importantly, it does not always lead to physical abuse. It is most common to hear of emotionally abused female partners or children because it is power used against the less powerful within a society or family system.
Emotional abuse takes different forms from passive-aggressiveness to neglect, emotional blackmail, domination, verbal assaults, sarcasm or put-downs to physical intimidation, abusive expectations or demands, denying, exploiting or blaming. The EA abuser has intent in his or her abusive to control, manipulate, humiliate, blame or coerce the other person.

15 Warning Signs You Are Dealing With Emotional Abuse

1. Do you feel afraid of your partner much of the time?
2. Do you avoid certain topics out of fear of angering your partner?
3. Do you feel that you cannot do anything right for your partner?
4. Does the person blame you for the way they act?
5. Do you wonder if you deserve to be mistreated?
6. Do you wonder if you’re the crazy one?
7. Are you being called names or being humiliated often?
8. Does the other person blame you for their anger, actions and rage?
9. Does the other person constantly criticize, tease or belittle you?
10. Are you treated like a servant or like a child?
11. Do they threaten you with violence or abandonment?
12. Do they threaten to commit suicide if you leave?
13. Do they control where you go and what you do?
14. Do they limit your access to money, the phone or the car?
15. Do they say they are sorry, but never change their critical behavior? 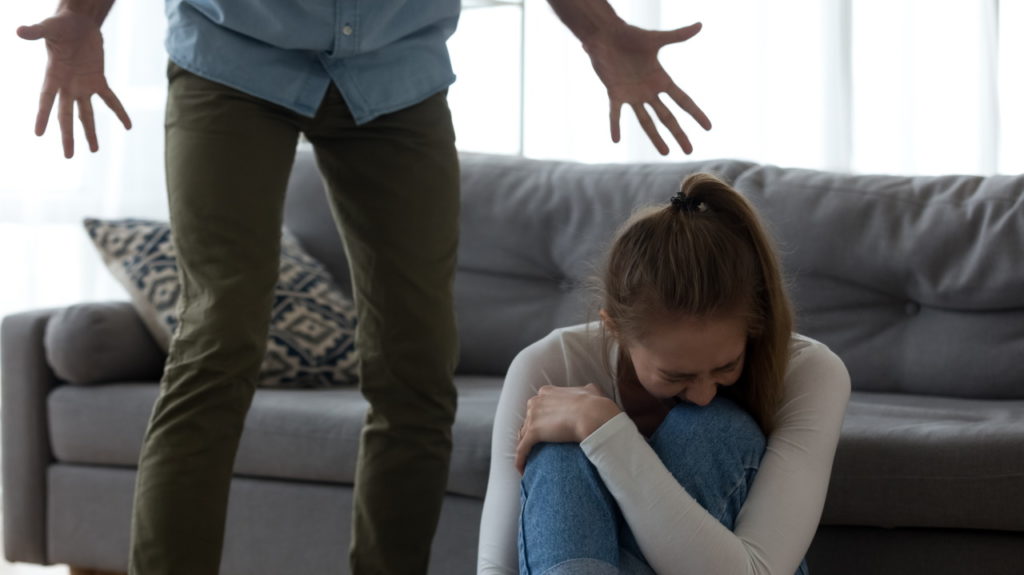 Give Fourth Dimension Counseling & Coaching a Call at 425-652-1690 if you think you or a loved one is experiencing emotional abuse.

The First Step is Recognizing Emotional Abuse is Happening

We will address recovery from emotional abuse in another article. However, there is help for emotional abuse, however the first step is to recognize it is happening. Once that becomes clear, it is amazing how your view of the world and your situation can begin to change. While you have a lot of healing to do, you can now know that:
1. It is not your fault that your partner is emotionally abusive
2. Emotional abuse is not O.K. – it is abuse
3. Emotional abuse is always the front-runner to physical abuse, although emotional abuse does not always lead to physical abuse.
4. You did not cause their anger nor can you control or cure it
5. You can begin to learn behaviors to counter emotional abuse
6. You can begin to learn how to set appropriate boundaries with abusive people
7. You can remove yourself from the situation temporarily or permanently if it is causing emotional harm to you or your children
8. Abuse has a cyclical pattern – abusive, remorse and apology, tension building and again abuse.

You are worth more than any type of abuse. If you are in this situation find a counselor or a supportive group of people as soon as possible.

If you have questions regarding emotional abuse or need help with an emotional abuse situation in Washington, Alaska or Hawaii give Fourth Dimension Counseling and Coaching a call at 425-652-1690

Hope… Is Just One Call Away!

References:
Out of the FOG (n.d.) Retrieved from:
https://outofthefog.website/top-100-trait-blog/2015/11/4/emotional-abuse
Stony, S. (2013). Anger in the Age of Entitlement: Cleaning up emotional pollution. Psychology Today
Online at psychologytoday.com.
Tracy, N. (2014) Emotional Abuse Test: Am I Emotionally Abused? Healthy Place. Retrieved from:
http://www.healthyplace.com/abuse/emotional-psychological-abuse/emotional-abuse-test-am-iemotionally-abused/ 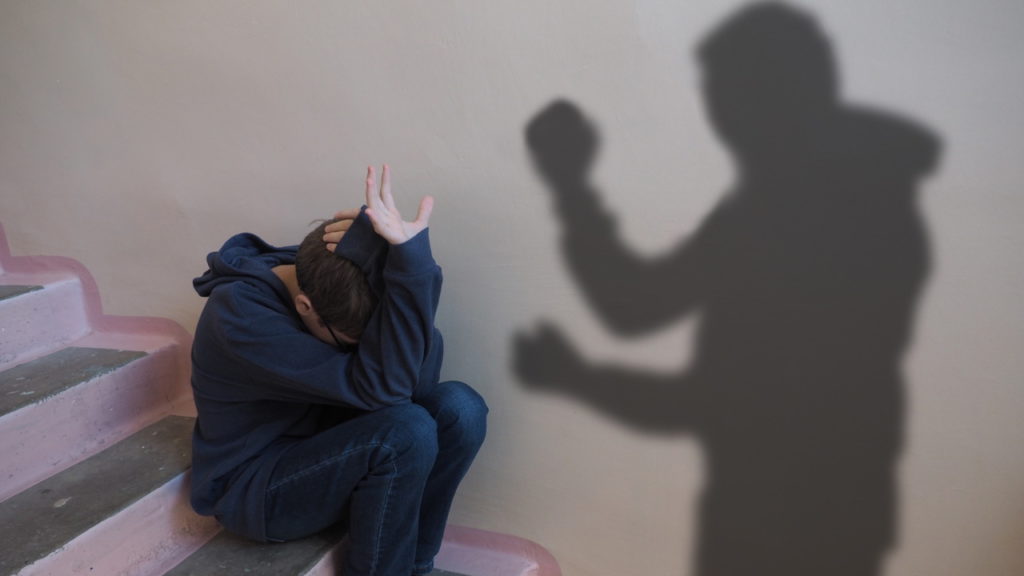 Are You Expeiencing Emotional Abuse?

If you have any questions or are unsure of whether you or a loved one is experiencing emotional abuse, feel free to give Fourth Dimension Counseling and Coaching a call with your questions.

Contact Fourth Dimension Counseling if you have any questions regarding emotional abuse counseling or trauma therapy.

Hope is Just One Call Away!

Learn More About These Related Topics