Can Sex Addict Victims Get PTSD? 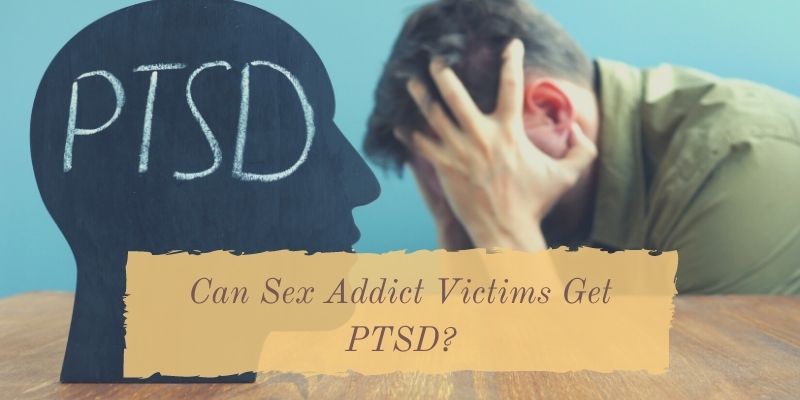 Sex addiction can be very dangerous and have a significantly negative impact in the life of the victim and that of his or her partner.  Like alcohol and drug addiction, it affects the victim’s mental health, safety and quality of life. Sex addiction is a kind of behavior characterized by an unusual sex drive or obsession. It is a lack of control over ones’ sexual thoughts, urges and impulse that results in such other acts as; masturbation, sexual fantasies, pornographic addiction, prostitution, risky sexual behavior, and sometimes abuse of ones’ partner. Although sex addiction has been excluded from the DSM-5 (Diagnostic Statistical Manual of Mental Disorder), it is considered a form of personality disorder that interferes with ones’ daily life.

Can Sex Addict Victims Get PTSD?

Yes! Sex addict victims can get PTSD. Posttraumatic Stress Disorder (PTSD) is a psychological disorder that develops in a person who has suffered an intense trauma as a result of a horrific experience, like, war events, rape and other forms of physical, sexual and emotional abuse. Patients of PTDF occasionally suffer panic attacks, nightmares and flashbacks of the traumatic event, and may from time to time experience feeling of sadness, anger or major depression. Sex addiction can be linked to PTSD because both are effects of past traumatic event(s).

Related: How COVID is Wreaking Havoc on Relationships

Also, PTSD patients of past traumatic and horrific experiences, like accidents or wars, may also develop abnormal sexual behavior and sex addiction as a way of coping with an intense level of stress. For instance, a number of military servicemen and women who have been deployed to the frontline of war and have suffered from PTSD developed certain addictions to alcohol, drug, and sometimes sex as a way of coping with their past trauma. For this kind of people, sex provides a kind of temporary relief for them and as a result, they act on their sexual impulses more frequently.

While PTDS patients become sex addicts, the consequence of their addiction may also be detrimental to their partner as they often may develop PTSD upon discovery of their partners’ sexual addiction.

The good news is that there is a treatment for PTSD and sex addiction. Although there are no drugs developed yet for the treatment of sex addiction, there is, however, a variety of therapeutic interventions that can help victims of PTDF recover from their traumatic symptoms and consequently sex addiction. These include but not limited to; talk therapy (such as Cognitive Behavior Therapy), counseling, group therapy etc. Victims may also be encouraged to use PTDF drugs to hasten the process of recovery. It is however important to note that both the victims of sex addiction and their partners require attention and treatment in the process.