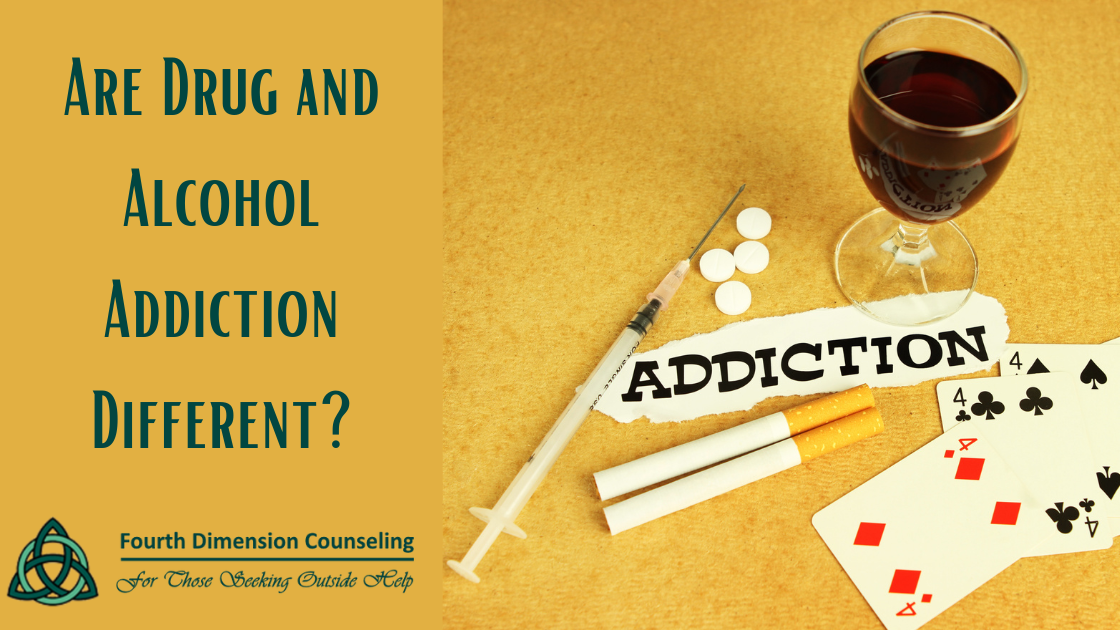 Drugs and alcoholism are severe problems in society that lead to addiction. A person suffering from drug addiction may decide to inject or pop a Vicodin and wake up without memory. An alcoholic may take a bottle of tequila and pour it into a glass, drink, and wake after wondering about the night. The difference is a gray area, and people wonder what’s hidden there. This article will reveal the difference between drug and alcohol addiction.

Alcohol addiction is the constant and excessive consumption of alcoholic drinks leading to dependency. There are many arguments that alcohol is a drug due to addiction rates. Although alcohol is sold legally in many countries, making it available to billions of people on a daily basis.

Many alcoholics use the substance as a depressant because it makes the body sluggish, causing lower body functions. It is discouraging to take alcohol and operate a machine or other demanding activities. Alcohol has a way of making people feel different about reality and distorts judgment. These people have consumed alcohol speedily and above their limit, leading to high alcohol levels resulting in vomiting, seizures, unconsciousness, and even death, known as alcohol poisoning. Also, people who are dependent need to keep consuming certain or higher amounts of alcohol each day to avoid DTs or delirium tremens.

Substance Abuse Disorder is another name for drug abuse. It is a chronic disease leading to overuse and misuse of drugs and becoming dependent. Some drugs are legal, while some are illegal but can become abused when taken in excess. Drug addicts have no control over their usage, affecting their overall health. People become addicts as the body becomes immune to the drug, causing loss of control in the brain—the substance causes cravings and continues use. The effect alters the brain’s function, making it easy to become dependent.

Addicts that become sober require strong will and motivation. In fact, most people that quit by themselves later return to overdosing on the same drug, which is lethal. However, there are many ways to fight the problem, like therapy and prescribed and monitored medication.

The two are different in their legal rights in a country. Alcohol is legal in many countries and sold to people of all ages. On the other hand, there are many illegal drugs in many countries that people become dependent on, like cocaine.

Both substances have a toll on our physical bodies. Excessive use of alcohol can result in depression, ulcers, heart damage, high blood pressure, cancers, and damage to the liver, heart, immune system, and pancreas. Drug addicts easily suffer from coma, overdose, and violent and accidental death. In addition, the toxicity can lead to organ failures and diseases like HIV.

Both substances cause harm to the body in different ways, whether it is vodka or pain pills. However, the best way to deal with these problems is to seek help from a doctor, therapist, or consultant. These professionals have the knowledge and advice that may be useful in dealing with withdrawal syndromes.